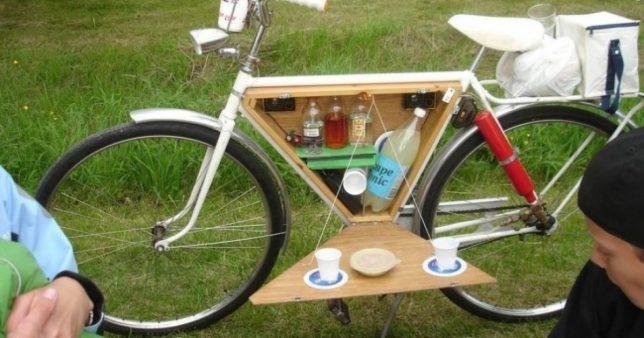 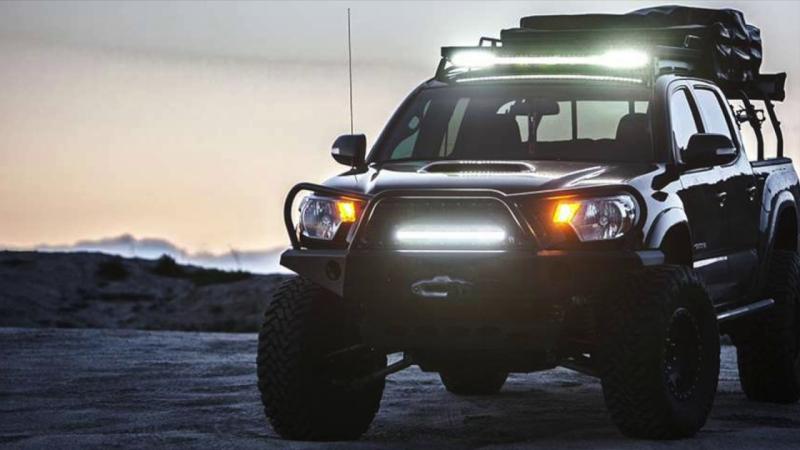 Each year, the Specialty Equipment Marketing Association (SEMA) brings the American automotive industry to the Las Vegas Convention Center to showcase new vehicle products and constructions. While automobiles themselves are hot items, aftermarket products and accessories are just as popular.

After scouring hundreds of booths, we’ve compiled a list of the best products that were on display at the show last week. With so much to see, we focused on accessories for detailing, overlanding and restoring classic vehicles.

Breathing new life into a classic car is a rewarding endeavour, but it doesn’t take long to realize that the original radios are well… a bit old. Modern head units bring a ton of features but often clutter up the dash with their massive touchscreens. That’s why Retro Manufacturing makes radios with classic aesthetics but updated features, including Bluetooth audio, USB and auxiliary input, plus AM and FM radio. Their radios are compatible with over 2,000 classic cars and trucks, bringing just the right amount of connectivity without spoiling the look of your dashboard. This RetroSound 4HD unit (above) is installed on the International Scout II of NewLegend 4×4 owner Sean Barber. The 4HD also allows you to listen to HD radio.

These days, many automobiles are available with matte paint finishes. While these can be fun to look at, they present unique challenges to keeping your vehicle clean. Conventional finishing products such as sprays, polishes and waxes will simply blow through the matte finish, making it look like a normal gloss finish. That’s why Adam’s Polishes has developed its Matte Detailer Spray, which allows you to spray paint safely without adding shine. Adam’s did this by removing all of the silicone ingredients present in their regular detailing spray, which are there to add shine. It may be a simple product, but it has its place.

Warn is best known in the off-road world for its winches and recovery equipment. However, the brand has recently made a foray into producing aftermarket wheels. Called Warn Epic wheels, they come in three styles, two finishes and two bolt patterns – the image above features the “Jackhammer” style in gunmetal grey. Andy Lilienthal, Strategic Communications Manager at Warn, spoke of the gold detailing on the center caps, which is a nod to the brand’s classic locking hubs. 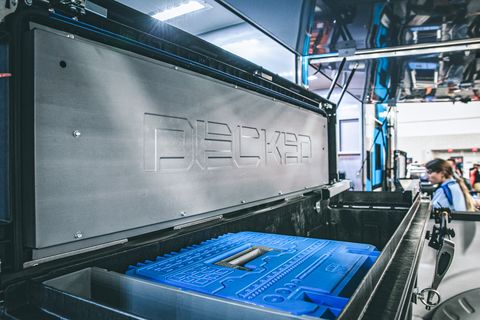 Decked have made a name for themselves with their slide-out storage systems that drop into your truck bed – nothing you probably don’t already know if you like landing, as their boxes are popular among enthusiasts. And they work great, but take up a lot of bed space, a hindrance if you need the extra space for larger items in the back. That’s where the Decked Toolbox comes in, bringing the same functionality as its drawer system without taking up as much space. That’s not to say it’s a big improvement over conventional metal truck tool boxes; the Decked box is made from the same high-impact, injection-moulded, steel-reinforced polymer resin as all of its other products, which means it won’t rust, dent or rust, any while remaining waterproof. 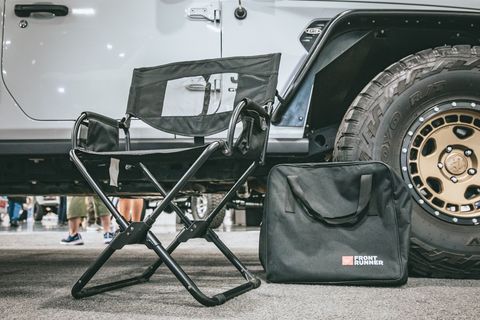 Camping chairs often present a critical trade-off between comfort and packability. Comfortable chairs are generally larger, heavier and more difficult to store. However, more compact chairs are not very pleasant to sit on. Not so with the FrontRunner Expander Lounger. It’s able to fold to 1⁄16 of its size with a clever telescoping mechanism, collapsing completely in just three steps – no complicated metal legs to tangle with. Once everything was folded, the chair itself was super comfortable, sitting at the right height for someone my height of five foot nine. 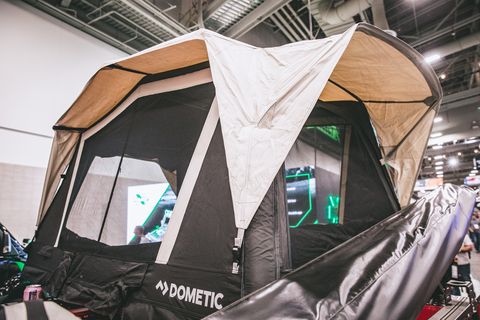 You might think this flashy new tent looks like any other Dometic TRT series roof top tent from the outside. And you wouldn’t be entirely wrong. However, it replaces the metal rods that held the old TRT upright with air chambers; this new inflatable design allows for much more space once inside without any aluminum poles running along the sleeping area. The only other noticeable difference is that the new tent will be three-fold, while the old model was two-fold, meaning it packs into a taller but narrower package. Dometic says the tent itself can be inflated in minutes with an on-board air compressor and will be available in spring 2023.

Matt Crisara is an Austin native with an unbridled passion for cars and motorsports, both foreign and domestic, and as an automotive editor for Popular mechanics, he writes the majority of automotive coverage on digital and print. He was previously a contributing writer for Motor1 after internships at Circuit Of The Americas F1 Track and Speed ​​City, an Austin-based broadcaster focused on the world of auto racing. He earned a bachelor’s degree from the University of Arizona School of Journalism, where he raced mountain biking with the varsity club team. When he’s not working, he enjoys sim racing, FPV drones and the great outdoors.

The official MOMAX Amazon storefront offers its 7.5W MagSafe charger for $16.49 once you cut …